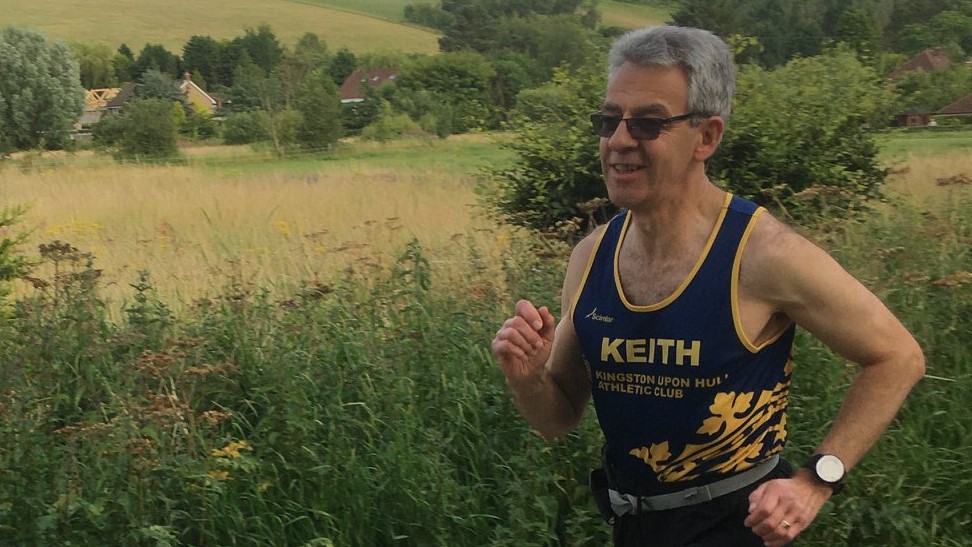 Brekkie to begin with

This was a new event for me and my friend Phil from Holmfirth Harriers. We'd seen it advertised just before Christmas, thought it looked interesting, and decided to give it a go.

It was an early morning start for us due to the venue being a two-and-a-half hour drive from where Phil lives, a village called Scholes just outside of Holmfirth in West Yorkshire. So we were up at 6.30am to get ready and finish breakfast (porridge with blueberries, two slices of toast with honey and a couple of mugs of tea) for a 7.30am departure that got us there at 10.00am. Although the race didn't start until 11.30am, Phil tends to think more like me nowadays and allows plenty of time, especially when the event is so far away, as you never know if there are going to be any holdups. As it was, the journey was quite uneventful and straightforward apart from the sudden shock of a bird flying into the windscreen and making a very loud bang! Bit of a scare for us but curtains for our feathered friend I think.

So on arrival at the small village of Bampton (just outside Shap in the Lake District), we were directed by the marshalls to park up the car, then had quite a decent walk (and it was very cold)  to the village hall where we collected our running numbers, which we duly pinned on. No timing chips on this event though. They had a table well stocked up with flapjacks, crisps, cake, sandwiches, drinks etc. So we topped our stomachs off with a thick chocolate flapjack each - it had been a while since brekkie but we still had over an hour to go before the run so some final fuelling seemed a good idea.

We then had a fairly long walk round to find where the start was and work our way back to the car to keep warm enough before discarding our top layers nearer to the start time. It was dry but due to the cold wind I wore a base layer, club vest, shorts, buff, hat, and gloves. On the run itself I soon warmed up, however.

The start was very congested - nearly 400 runners on a narrow lane - especially as there was no defined start line and we had to shuffle back in a massed pack behind the guy with the starting hooter. (I got an email afterwards from the organisers asking for constructive criticism, to which I complimented them on the overall event but mentioned about there being no chipped timing. They said the road was too narrow to incorporate any timing mechanism but would look at the matter again).

The course is an out-and-back run alongside Haweswater Reservoir. You pick the reservoir up at 2.7 miles into the run on your right and then follow it up to the halfway point, turn round, and come back with it on your left to a finishing point just outside the village hall. This might sound boring on the face of it but it is a very nice, scenic run, albeit with several unavoidable large puddles this year after all the recent rain. It is undulating all the way - you go either up or down (no flat bits) so it does take some effort. We had the wind against us on the way out and behind us on the way back, although I personally could not capitalise on this advantage as I was knackered from the out lap! 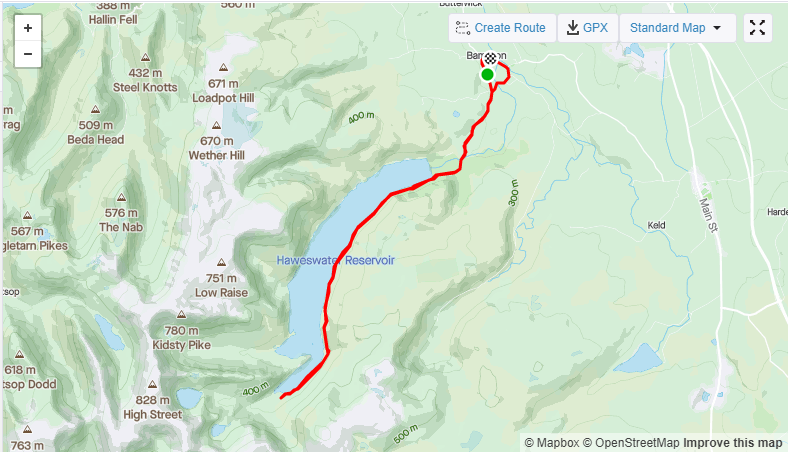 Because of it being out and back, you see runners coming the other way while you are still on the outward direction. People were coming back towards me just after I had passed the five-mile mark, which meant they were roughly three miles ahead of me at that point. I saw Phil coming back as I got closer to the halfway turn.

I knew this was going to be a toughie, and although there were no really vicious ascents I did find it hard and did not really feel I was quite at the right fitness level to enjoy this rather than just get round.

We got quite cold walking back to the car and were both very stiff when trying to get some more clothing back on.

We stopped off on the way home at a pub in Shap called the Crown Inn, where we had a superb home-cooked bacon and leek hotpot with peas, which was very welcome after our exertions.

We got some heavy rain and hail showers on the way back to Scholes, and had a coffee stop on a motorway service station. A long day this, particularly for Phil who was doing all the driving.

So looking back, this is a run I would recommend to anyone who feels fit enough to take it on - well organised with friendly marshalls and lovely scenery, but you just have to accept the non-chipped timing unless they find a way round this for the future. If you like a medal or a T-shirt then I am afraid this is not the run for you.

Of course, it is also a long way from Hull.

Any takers for next year?