KUHAC in Lockdown: The Fab Four 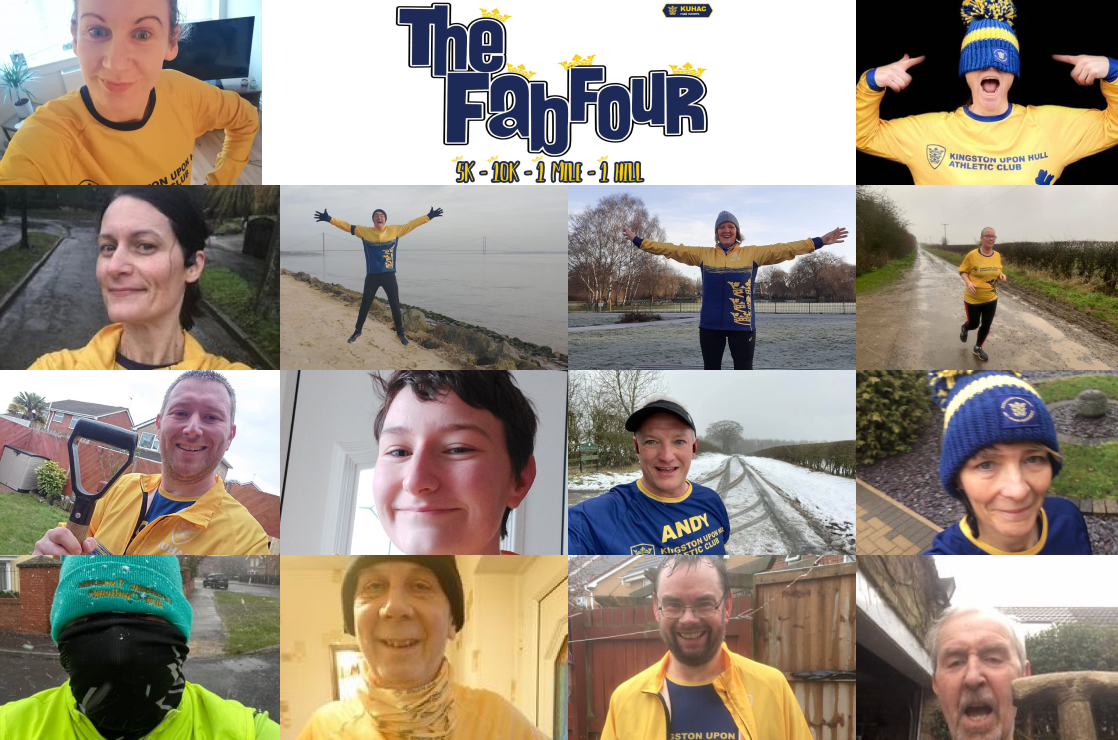 What do you do if the country is in lockdown and you can’t go running with your mates? You think up a crazy idea, give it a silly name, then sit back and wait for your running buddies to agree that if you can’t run together, you can at least pretend. That’s where “The Fab Four” came from. What if we had teams of four, and they each had to do one of four events: a 10K, a 5K, a mile and, oh I don't know, what else would be fun? How about, how much elevation can you gain in 30 minutes running?

That was the start of another wild KUHAC weekend. All we needed then was David Rivers to do some mathematical trickery to ensure that all the teams had a roughly even chance of winning. And bang - seven teams, 28 participants, running (and in the case of the injured but madly determined Anita Brown, walking) on one of the coldest wettest weekends of the year.

Maybe they would have run on their own anyway but somehow being in a team spurs you on. I certainly wouldn’t have run four times up South Cave’s aptly named Steep Hill if The Four Candles weren’t relying on me. Oh yes the team names – some inspired choices there but Cirque de Sore Legs was my favourite even if they didn’t win. That honour went to Fourgone Conclusion who edged out Four in a Bed. See what I mean – inspired!